From Spanking Art
Jump to navigationJump to search
Note: This article is about a part of a comic. For other meanings, see Frame (disambiguation). 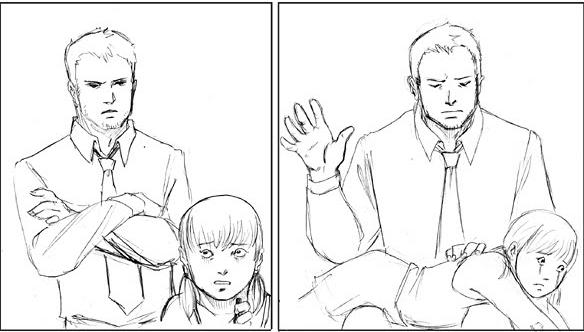 In comics (sequential art), a panel is a single image. Arranged spacially in a sequence, the panels are the building blocks of a comic strip or page. 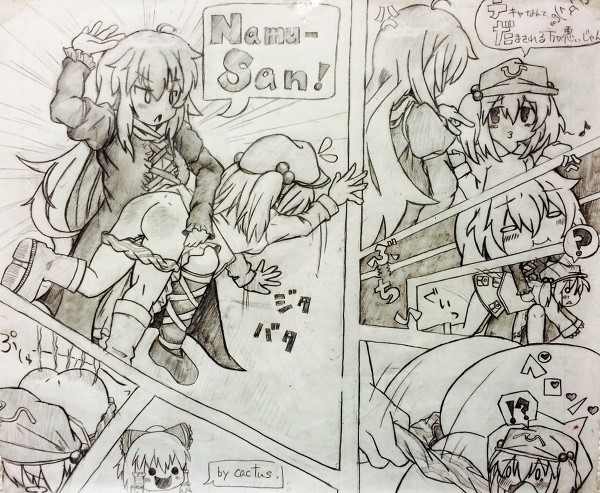 In comics (sequential art), a panel is a single image. Arranged spacially in a sequence, the panels are the building blocks of a comic strip or page.

A panel is generally thought to represent a single point of time, however dialogs and other elements can give a panel a perceived "duration", more like a scene or take in movies than like a still from a movie.

The sound and motion within a panel, and whatever happens between two panels is filled in by the reader's imagination.

Panels are usually enclosed in a panel frame, but it is also possible to omit the frame. The empty space between the panels is known as the gutter.

Panels are traditionally rectangular and are often arranged on the page like bricks in a wall, i.e. the gutter has "T" intersections but no "cross" intersections, and horizontal panel sub-groups (lines) dominate while vertical panel sub-groups (columns) are used only occasionally. This improves the readability of the page. For special effects and as expressions of artistic creativity, non-rectangular panels are also popular, but most comic artists agree they should be used sparingly for best results.