Illustration by Florence England Nosworthy from the children's book The diary of a birthday doll (1908).

Children love roleplaying, and girls, in particular, often use dolls as roleplaying partners. Since dolls don't speak or move (unless they are special technical dolls), this greatly strengthens the child's imagination. Playing with dolls is also believed to be good for the development of social skills.

Many children will "act out" a spanking scenario they see in children's books or will emulate the spankings they receive from their parents. This may include scolding or lectures prior to the spanking. Even in the administration of the spanking, the child will use any method on the doll their parent uses on them.

Two examples of dolls that were designed for spanking roleplay (simple spanking dolls giving a response of crying when spanked) were produced in the 1960s: Spank me, I cry and Tickles.

An example of the motif in mainstream literature is Chapter IV, "Thursday—-Spanked" of the children's book The diary of a birthday doll by Ethel Constance Dow, first published in 1908 and illustrated by Florence England Nosworthy. See here for the full book online, and here for the page with the illustration.

In the spanking novel Melody's Stories it is very common and officially encouraged for rejuved children, particularly "Pennys", to spank their dolls, acting out punishemts for their own crimes or misdeeds. A special line of dolls, called "Spanking Susie" (and the male counterpart "Spanking Sam") is sold precisely for that purpose. These fictional dolls are able to react in an pseudo-intelligent if stereotyped way, pleading for mercy and apologizing for their naughtiness, as well as crying. In the stories, dolls are often given "names" linked with their owner's names, for example Melody's doll is named "Robin" (explained as "Melody = Birdsong = Robin").

Other stories set in the Rejuve Universe have also included this element. 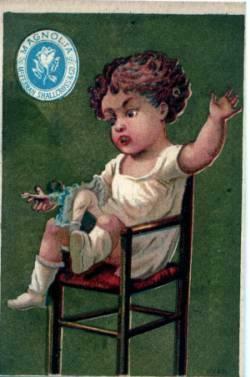