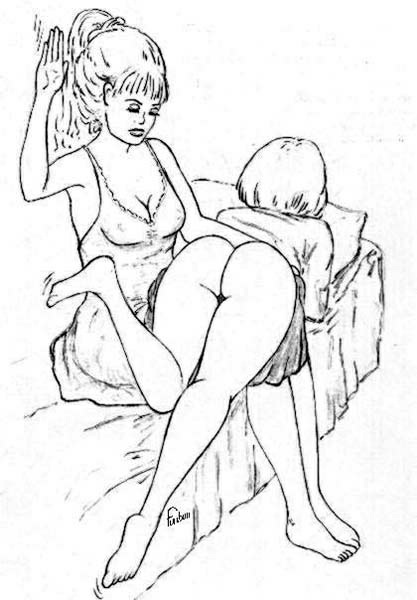 Funbun is an artist who lives both in the Netherlands and New Zealand. He specializes in drawings of women spanking, especially F/F and F/f images with some occasional M/F.

Funbun also writes spanking stories and vignettes to go along with his drawings.

Funbun used to have a website with a forum at www.tenderbottoms.com, which has been closed because of 'objectionable' material by a member.

In January 2012, Funbun announced that his artwork can now be found on the Anime OTK site (see link below).

Galleries of Funbun's art can also be found on other sites.