To straddle means to stand, sit, or lie with a leg on each side of an object that's between the legs. Straddling is well known from riding a horse or motorbike. There is also a gymnastic exercise called straddle that is performed with a leg on either side of the parallel bars. 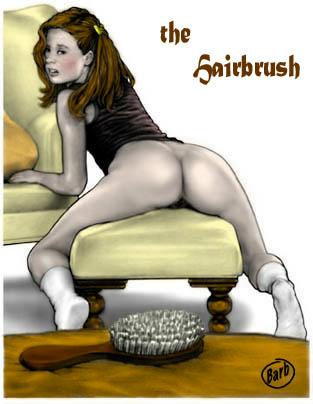 For disciplinary and judicial birching, some items of spanking furniture such as the birching horse are designed for the victim to be straddling. When a birching horse is used for a birching, the victim's anal-perineal-genital sphere is fully exposed, and vulnerable to the effects of "whipping in", which is virtually unavoidable, especially when a large birch is used. Historically, many institutions such as schools' and reformatories' traditional method of birching delinquents (of both sexes) involved securing the miscreant to a birching horse.

It is also possible for a spanker to straddle the spankee.