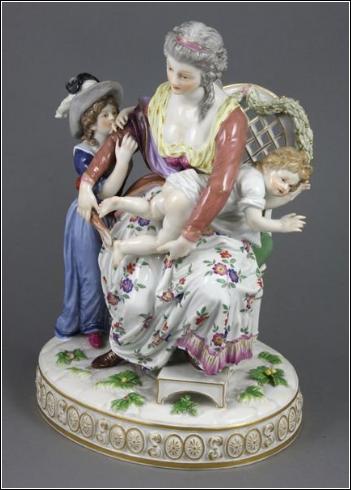 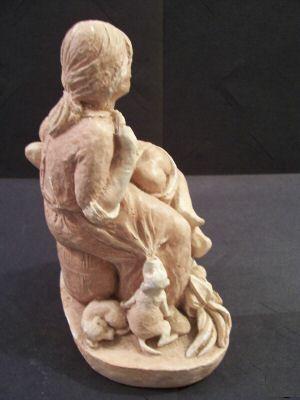 Externally hosted image on Handprints: Drawings Gallery #5
Figurine of a standing girl after her spanking.

Spanking in mainstream sculpture and relief[edit]

The Château de Blois in France has a spanking sculpture as a cariatyd known as "La correction maternelle" (maternal correction).

Examples of spanking in mainstream sculpture are the porcelain figurine groups Le Maître d'école (The Schoolmaster) and La Maîtresse d'école by Étienne Maurice Falconet (1762). One example of spanking in folkloristic handicraft is the Slovakian corn-husk spanking doll depicted to the right. See images in the gallery below.

A highly realistic life-size M/m spanking sculpture was done by the English artist Keith Tyson (born 1969). A boy, in the OTK position with his trousers and briefs lowered, is given a bare bottom belting by a man, probably his father. See flickr photo.

One of the few spanking sculptures that was publicly advertised and sold in multiple copies was "Tables Turned" by Pam Foss.